ESB is bringing the award-winning wines of Australia to Santa Barbara!

Mollydooker Wines is located in the beautiful scenic McLaren Vale wine region, which is one of Australia’s oldest wine regions and home of some the most iconic wines. They are known for producing some of the highest rated Rhone varietal wines in the world. Robert Parker has rated Mollydooker wines #1 and #2 in the world! Owner Sarah Marquis will be leading guests through 11 Mollydooker wines; paired with appetizers and a multi-course family style dinner designed by the Chef Peter McNee and the culinary team at Convivo Restaurant. 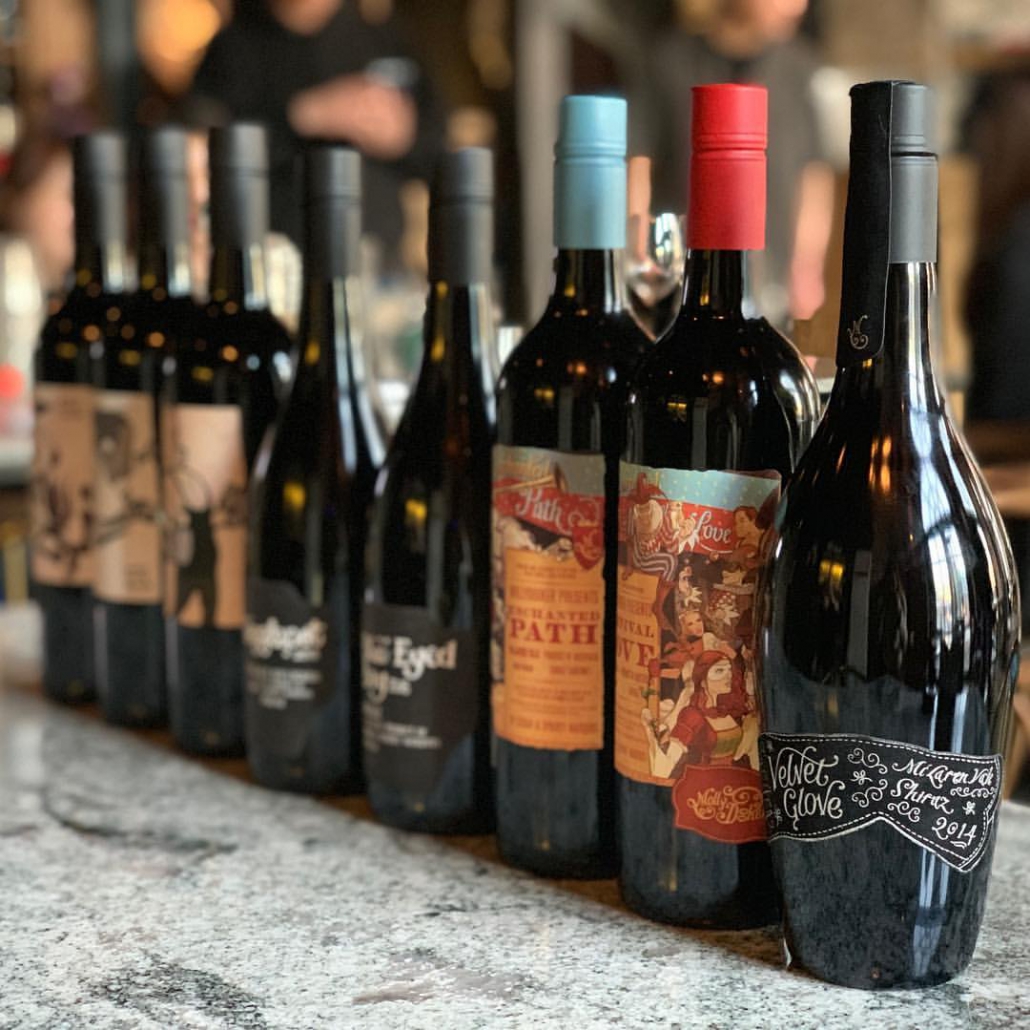 Start the evening with a splash of Euphoria Sparkling, and end with…You guessed it…the famed Velvet Glove Shiraz. Oh yes, and let’s not forget the Carnival Of Love & Enchanted Path! Paired with Mollydooker Wines will be a multi-course dinner starting with a reception of passed appetizers, followed by a Convivo family style feast with antipasti, entrees, sides, and dessert, from Convivo’s Chef Peter McNee. Convivo’s food can be described as ‘nomad Italian’, with inspiration from around the globe, combining multi-cultural cooking with coastal Italian cuisine. Simple ingredients shine in the hands of Chef McNee.  Event also includes free valet parking.

This is a very special event for ESB as our own Jeremy Allen spent many years with the Mollydooker winery and introduced us to Sarah, Luke and these fantastic wines! THANK YOU Jeremy! 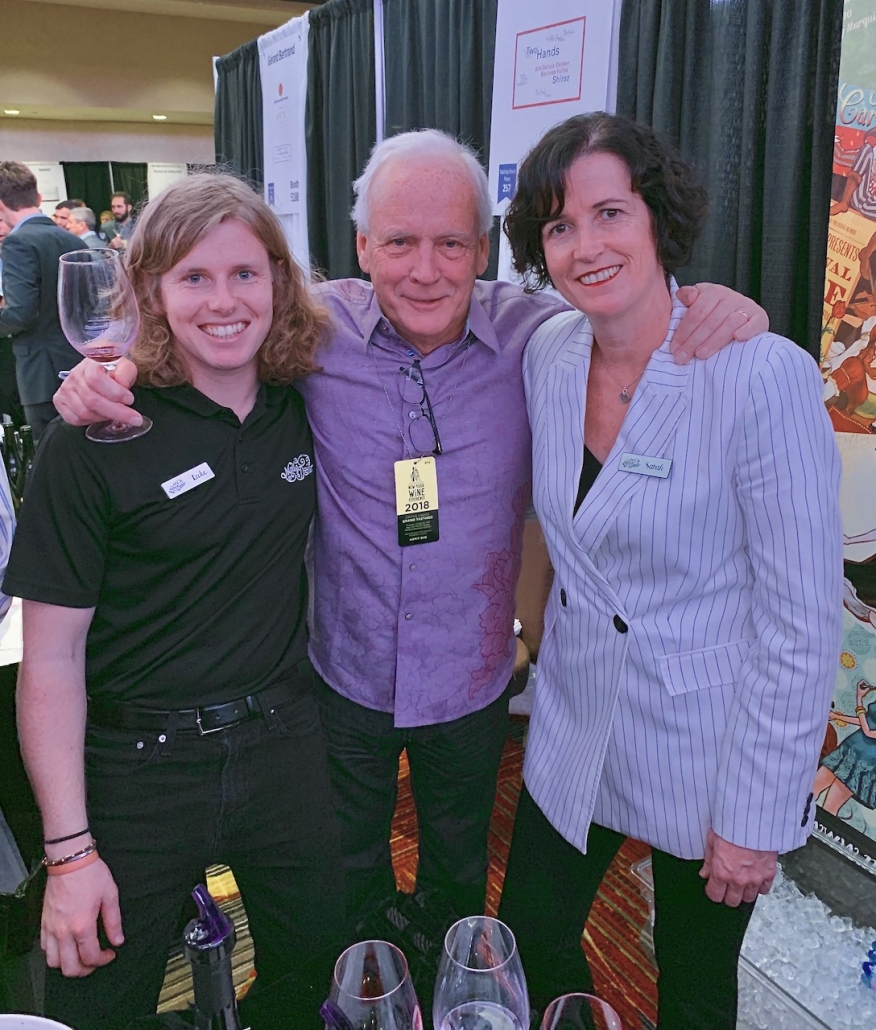 The winery was founded by Sarah and Sparky Marquis, who had worked together at every stage of their wine careers. They started as winemakers at Fox Creek (in which her parents were partners) in 1991, then later as partners in Marquis Philips, before launching Mollydooker in 2005. 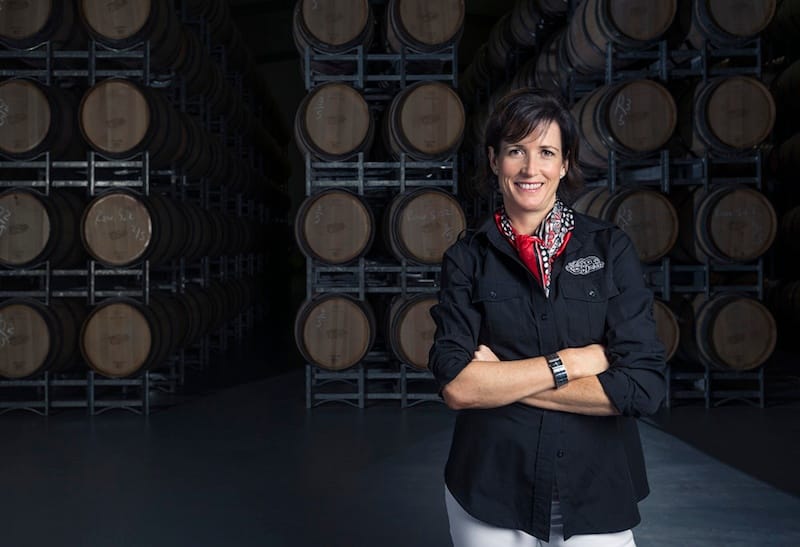 The following year, their Velvet Glove Shiraz became their fifth wine to be awarded 99 points by The Wine Advocate and the Carnival of Love has been listed in Wine Spectator’s ‘Top Ten wines in the World’ three times, including being #2, and has also been #1 in Australia two times!

In 2017, Sarah Marquis took over sole ownership of Mollydooker Wines, and in 2018 was voted Owner/Operator of the Year at the Australian Women in Wine Awards. She works closely with her son, Luke, for whom “The Blue Eyed Boy” was named. 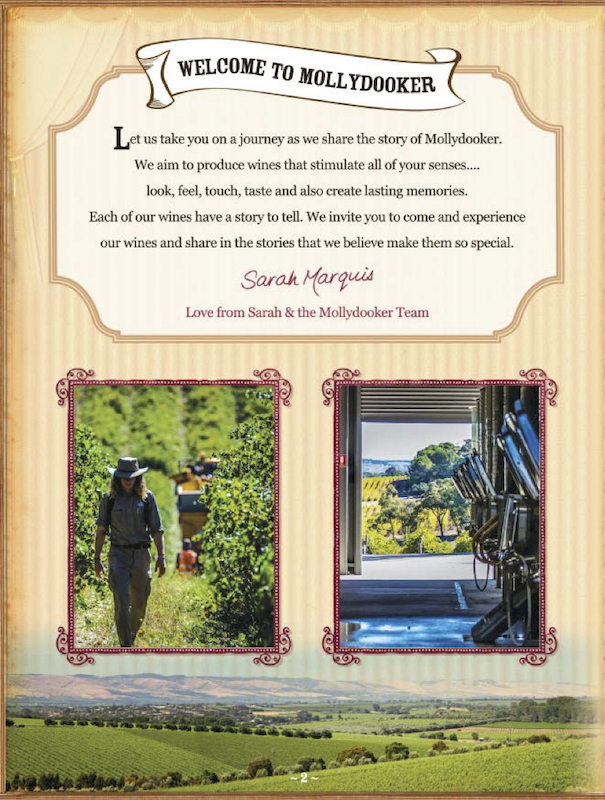 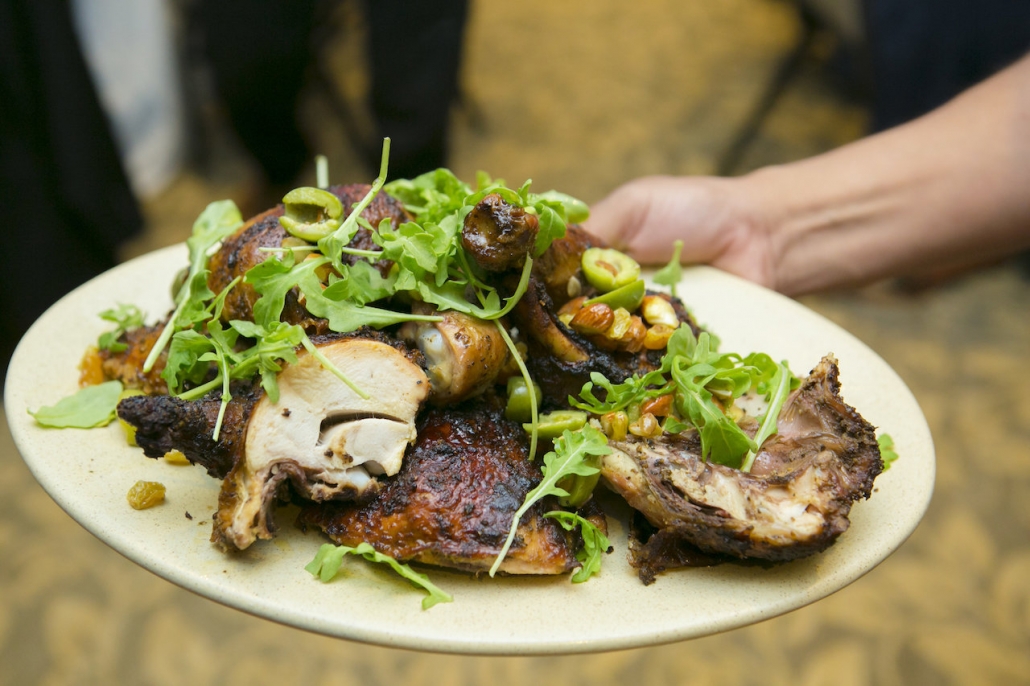 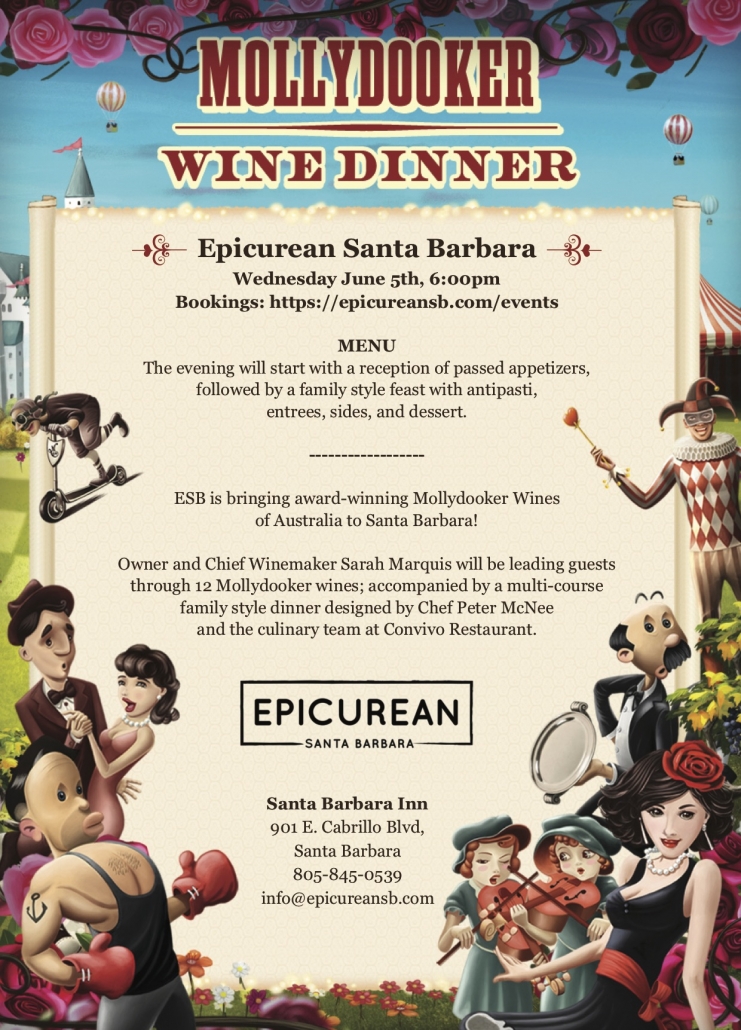